Cover crops and green manures are common in larger scale agriculture, but there is no reason why you can’t adapt and adopt the same sustainable concept on a smaller scale for your home garden. They’re a helpful option for improving soil quality, attracting beneficial insects, and feeding nutrients back into your garden (or your compost bin).

A crop cover is a plant (or plants) which is planted primarily for managing an issue or improving the conditions of your garden. They can be used for many purposes, including to:

The garden at our new (old) home has been both loved and neglected over its many years, and investing soil health has been a big part of our preparation for planting in our garden renovation and creation. I recently shared some of the DIY soil test techniques that we used to gauge conditions. Cover crops are one of the tools we’re using to improve our soil for replanting.

The right cover crop for your garden will depend on the specific needs of your garden and the conditions in which you will be growing.

If you aren’t trying to address a specific issue or need, almost any plant can be used for general purpose temporary cover and later mulched or composted. Beware of anything that seeds prolifically unless you want it to naturalise, and avoid plants listed as locally invasive species.

Crop covers are typically direct seeded and are usually low maintenance plants, requiring little care or effort until you are ready to compost them.

If you don’t want your cover crop to self-seed (whether for maximum nutrient benefit or to control invasive growth), you can trim it or mow it (I did!) before flowering or setting seed. When you are ready to incorporate back into the soil as compost, you can simply turn the plants completely into your garden soil. Ideally this should be around a month (or more) before you intend to replant the area. You can also cut and compost elsewhere, if that’s more suitable for your needs and schedule.

Alternatively, you might want to just let nature take its course and allow your crop cover to self-sow and naturalise. This works well with underplantings intended to draw pollinators to fruiting trees and other special areas. 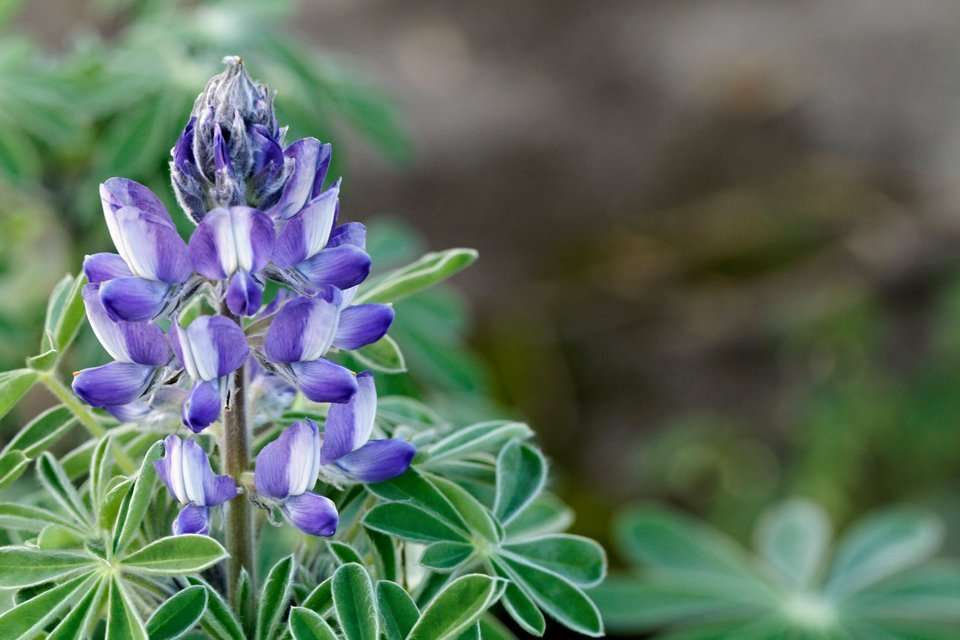 Experiments and Experiences in Our Garden

Our primary crop cover objectives were to improve soil quality, control dust, and support beneficial insects. Because of our urban garden situation and respect for the neighbours, looking good was a plus as well. With our cat and dogs, it had to be pet-friendly, including safe (puppy is a nibbler) and robust.

For our current fence/retaining wall garden border (a significant problem area), we used a non-invasive variety of lupin. Lupins are a leguminous crop cover, adding nitrogen and accumulating phosphorous.  Their long taproot helps to loosen and aerate the soil, which was great in our little patch of trouble.

They were tolerant of the difficult growing conditions, attractive enough for border planting, and the location was out of bounds for our pets (lupin leaves and seeds can be toxic to pets). The flowers also draw pollinators and beneficial insects.  If I was replanting the area (as I may in the future), I would probably include something like mustard seed for a mixed crop cover planting.

We used sweet alyssum on bare soil throughout all of the old garden beds. It was used as a placeholder while we renovated and planned future more permanent plantings.  It is a fast-growing, low (20-30cm) pretty white flowered plant.  Alyssum can be seeded densely to protect soil and suppress weeds, and is great for drawing in beneficial insects.

Alyssum is commonly used as an underplanting in orchard settings or elsewhere as a companion plant. It isn’t a great option for adding nutrients and it’s prone to self-seeding, but it was right for us in this particular instance. It looked great in the beds (so much better than dusty hydrophobic dirt!) and was pet-safe, both key considerations for our primary garden area.

Because it’s relatively pretty and a nice little garden plant (unlike some of the more beneficial cover crops), I was also ok with the likelihood that we’d have legacy self-seeded alyssum popping up around the beds into the future. 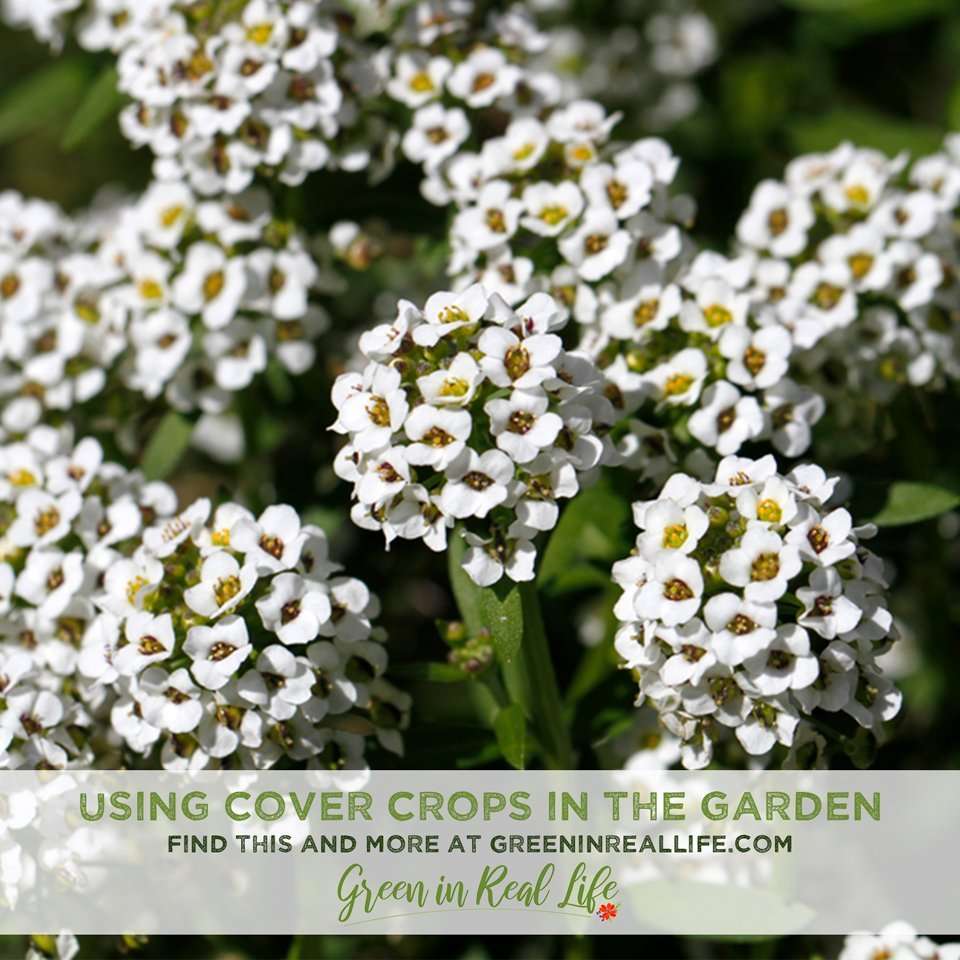 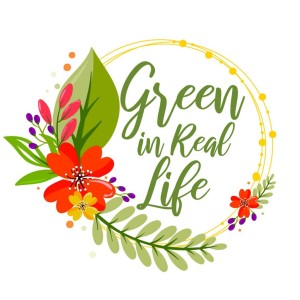 Welcome to Green in Real Life!

🍃 Garden adventures with a sprinkle of everyday greener living: enjoying nature, growing more, wasting less, and having fun along the way!

Looking for something else? Dig into our post archives: